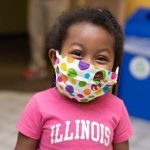 We are focusing on the safety of our families, staff, and volunteers by centering trauma responsiveness, racial equity, and good information sharing in our planning. We are dedicated to keeping our services open while providing a safe home for our guests. We stand in solidarity with our Black, Indigenous, and People of Color communities who have long had to endure the oppression of a criminal justice system that is set up against them.

The latest reports from the city of Minneapolis. This information will be updated 9 a.m. weekdays.